Every illness has its time 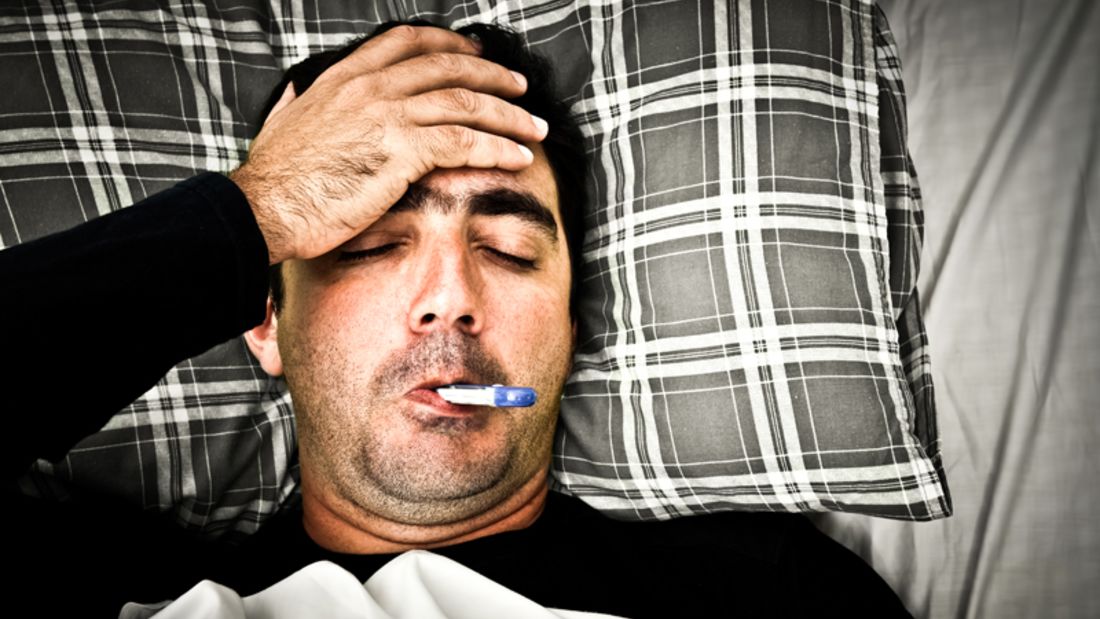 Every illness has its time

Illnesses have their own daily rhythm. Those who know it can protect themselves from it at the right time.

4 a.m.: Asthma
In asthma, the bronchi are narrowed, making it difficult to breathe out. If the old air remains in the lungs, there is not enough space to inhale new air. The result is shortness of breath. Anyone who suffers from severe asthma is sick all day. However, most asthma attacks happen between two in the morning and six in the morning. The bronchi are particularly narrow at around 3 p.m. – at 3 p.m. their diameter is greatest.

If you are prone to asthma, it is best to do sports in the afternoon. To prevent asthma attacks, medication should be taken exactly as planned. Medicines that dilate the bronchi should usually be inhaled again before going to bed. The sometimes necessary cortisone works optimally if it is taken in the afternoon. In the case of typical asthma symptoms such as an insatiable dry cough, however, it cannot be avoided to see a doctor as soon as possible.

6 o’clock in the morning: Depression
Not everyone who gets out of bed in a bad mood and listless in the morning is immediately sick. However, as soon as this condition persists for more than 14 days, doctors speak of depression. Depressed people often wake up between four and six in the morning, lie brooding on their pillows and cannot go back to sleep. After getting up, they are often completely depressed for hours. Those who are depressed and still get fairly active through the day often feel more relaxed in the evening. But only to sag again the next morning. Waking up early can be used therapeutically: controlled sleep deprivation is one of the most successful treatment approaches for depression, along with modern psycho-therapeutic methods and the use of medication.

8.30 a.m.: Toothache
Pain is strongest at night and in the early hours of the morning. This is especially true for toothache. So wait a little longer – if possible – before fighting the hammer pain with a hammer tablet. In just a few hours, you may feel better on your own. The pain also has a daily rhythm. At noon and in the afternoon, the human sensation of pain is lowest. Painkillers also develop their greatest effect during this time. The desirable effect of local anesthesia then lasts for a particularly long time, around 30 minutes. In the morning you have to expect to feel pain again after just twelve minutes. So if you have to go to a dental treatment in the near future, then you should insist on an appointment at noon or in the afternoon.

10.30 am:
Heart problems According to statistics, most heart attacks in men happen between breakfast and lunch. Angina pectoris, the extremely painful, seizure-like precursor of the infarction, also occurs particularly frequently in the morning. Reason: At night the body is set to rest. However, that changes when you get up. This sudden switch to action can drive the blood pressure of heart patients so high that the risk of heart attack increases immediately. The expert tip: If the individual medical history allows, high blood pressure patients should take their medication before getting up.

3 p.m.: high blood pressure
At 3 p.m. the blood pressure has its highest values. In the vast majority of cases, it cannot be said why this is so. It is crucial for the diagnosis that the blood pressure is measured correctly: in a daily profile with several individual measurements, from which the mean value is calculated. If the blood pressure is too high during the day, it should drop to normal levels at night. Otherwise the blood vessels will become calcified and further medication will be required.

4 p.m.: Muscle injuries
It sounds paradoxical at first: At 3 a.m., your muscles show the highest endurance values. At the opposite time, at 4 p.m., you have a clear low in terms of your continuous output. Exactly the opposite is the case with the maximum strength of the muscles. For you that means: watch out! It has not been proven that muscle injuries occur particularly frequently around 4 p.m. But a connection is very likely. Incidentally, the endurance peak around 3 a.m. is a result of sleep. Without sufficient recovery, the muscles become slack. This rhythm is also the reason why night work is unusually stressful for us.

10 p.m. in the evening: Joint
inflammation Inflammation has its peak late in the evening and at night. The pain is then greatest. In the morning the joint is stiff and it is time for medication. With the exception of cortisone, which has a stronger effect when it enters your body after 3 p.m. Because the body’s own production of the anti-inflammatory is lowest between 6 p.m. and midnight.

11 p.m. in the evening: Colds
A cold that you have under control during the day robs you of sleep at night. Your nose is blocked, your breathing sounds like a steam engine, and you just can’t calm down. The main cause is your position. When lying down, the nasal mucosa swells for static reasons. Therefore: sleep with your upper body slightly elevated. The body temperature is also highest in the evening. You are only really healthy again when the temperature is normal in the evening. The morning measurement is by no means sufficient.

2 a.m.: stomach pain
After 9 p.m. the stomach produces most of the acid. Symptoms that point to a stomach ulcer often report at night. Light bed-treats such as yogurt buffer the excess acid. And don’t drink coffee or alcohol before going to bed. If you sleep with your upper body slightly elevated, stomach acid does not get into the esophagus.

3 a.m.: kidney stones
Kidney stones are also found in young people. Their formation depends on the specific weight of the urine, its acidity and the dissolved substances (for example uric acid, magnesium, calcium and phosphate). The more of these substances there are, the greater the likelihood that small kidney stones will form over time. The concentration is highest at three o’clock in the morning – and with it the risk of starting stone cultivation almost unnoticed. If you are prone to kidney stones, you should check the whole thing regularly: With special test strips, which you can get in every pharmacy, you can measure the crucial substances in your urine. To get correct values, however, you should set your alarm clock to three in the morning – and then pee straight away.