Whether migraines or sports injuries: the needle treatment works for numerous complaints – without any side effects. 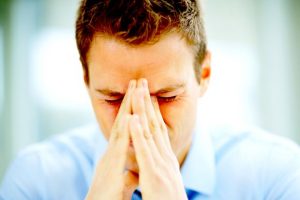 It is not always the ideal solution to throw in a tablet to silence the headache. Especially in the case of long-lasting, severe pain, it can be more beneficial to tackle the symptoms with needles. “Acupuncture can reduce both the intensity and the frequency of headaches,” says expert Tepp. There is very little fat under the scalp. Therefore the needles are inserted very carefully from the side. The acupuncture points are directly on the surface. “This is how headache is treated preventively and in acute cases,” says complementary medicine specialist Linde. “Usually the patient receives six to 15 treatments.”

The chance of recovery is great. “In the case of migraine and tension headaches, the results are at least as good as those achieved through the use of medication,” says Dominik Irnich, senior physician and head of the interdisciplinary pain clinic at the Ludwig Maximilian University Hospital in Munich. 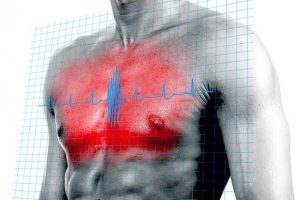 During an attack, the muscles in the airways cramp and the mucous membranes swell. The patient gasps and panic. There are different causes, for example allergies or stress. But smoking or a dragged on cold can also trigger asthma. Whether asthma can be cured by acupuncture always depends on the form of the disease and the overall condition of the patient.

“Asthma is often treated supportively with acupuncture,” says senior physician Irnich. The swimming professional Thomas Rupprath also had severe asthma and got it under control with the help of acupuncture. Before that, his bronchi were narrowed and his breathing function was restricted as a result. “Thanks to acupuncture, I’m doing very well again. I have been drug-free for two to three years,” says Rupprath. “I took the acupuncture sessions as needed – depending on how high the athletic stress was and how good I was breathing.”

At first he was skeptical, but when it began to work, he believed in it. Rupprath: “Immediately afterwards you don’t feel like you have been reborn; the effect only sets in when you go to meetings more often. It helped me in any case.” In addition to the belief in self-healing powers, other components are important, such as the way in which the practitioner asks you, how intensively he turns to you. Pain specialist Irnich recommends: “Make sure that he takes as much time as possible for you.” This is another hallmark of a good acupuncturist. 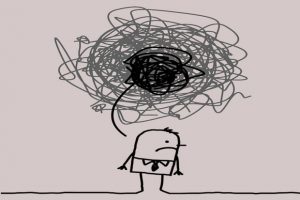 Imagine you have to give a presentation to the entire team. Many stress such a situation. Have you ever had the idea to get a prick beforehand? Probably not, but it’s worth a try. “When there is high tension, acupuncture helps to loosen up and improve concentration,” says alternative practitioner Ansuhenne. “You work more effectively, have more energy.”

The same applies if you feel down or something is troubling you, such as losing your job or having an accident. “You can also try acupuncture for mildly depressed moods,” says Ansuhenne.

In the case of depression, needle treatments alone are not enough; talk therapy is then indispensable! Acupuncture makes the patient more open, however, it is easier for him to think positively. Ansuhenne: “By stimulating certain points, happiness hormones such as serotonin are released.” 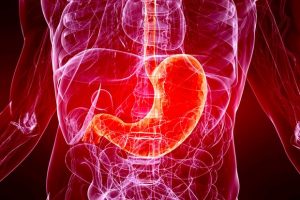 The small needle pricks can also release basic tension in the body. This plays an important role in the treatment of gastrointestinal complaints. “Heartburn is often due to stress and poor nutrition,” says alternative practitioner Ansuhenne. “In these cases, acupuncture tries to prevent overproduction of gastric acid.” It can also restore balance in the case of irritable bowel syndrome.

Do not be surprised: in the case of gastrointestinal problems, needles are not only inserted into the trunk, but also into so-called distant points on the extremities. Often they even trigger a stronger reaction than on the stomach because there are more nerve endings in a small space. This also applies to stomach upsets. “Studies on nausea and vomiting show that acupuncture works well in these cases,” says senior physician Irnich. 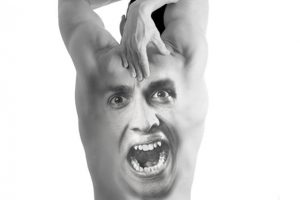 You may know that: The working day doesn’t want to end, you’ve been sitting in the office chair for six hours, the typical pulling in your back is heralding. At some point you get into the car, drive home, and the lumbar spine discomfort becomes even worse from sitting in the car.

Even in such a case, acupuncture can help to enjoy the well-deserved evening. The psyche plays an essential role in this. “The times when back pain was understood purely physically are over,” says Irnich. “Neither physiotherapy nor acupuncture alone can help with chronic back pain. The attending physician can, however, use acupuncture as a support in connection with other therapies.” As part of an overall concept, acupuncture can relieve pain. If you have acute back pain, you should go to an orthopedic surgeon, osteopath or chiropractor (not to be confused with a chiropractor!) As soon as possible and have yourself examined there first.

It has been scientifically proven that acupuncture works, but how exactly this effect comes about has not yet been clarified. Researchers suggest that acupuncture improves blood flow to tissues. Treatment with the needles may also influence pain receptors in our brain, so that the body’s own happiness hormones are increasingly released, which then act as pain killers.

It may seem a bit unsatisfactory that the success of acupuncture has not yet been fully scientifically explained. However, that shouldn’t prevent you from benefiting from their effects. As the saying goes: He who heals is right. 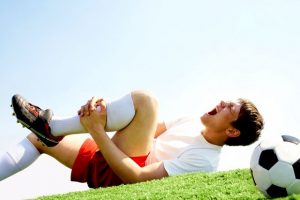 Athletes often swear by acupuncture, for example for meniscus damage or injuries to the foot that result from jogging. The treatment helps the body recover faster. “Acupuncture is increasingly being used in sports medicine and professional sport, including for broken bones,” says pain doctor Irnich. “There are points that stimulate the increased formation of bone substance”, explains alternative practitioner Ansuhenne.

According to the theory of acupuncture, increased blood and lymph fluid flows to an injured part of the body. This improves the supply of minerals, vitamins and hormones. The treatment also helps in preparation for competitions. “After I had tried acupuncture, I had very good results in the regeneration phase,” says swimming world champion Thomas Rupprath from Rostock. “Especially after a hard workout, my muscles were able to recover and relax better.”