On June 25th, 2015, Flex Seal uploaded a video showing the power of its product, a spray which can harden and stop leaks. In the video, Phil Swift attacks a bucket with a knife and a chainsaw, creating huge holes in the bucket. Afterwards, he cries, “Now that’s a lotta damage!”

On September 30th, 2017, popular YouTuber JonTron uploaded a video (shown below), in which he watches and discusses the Flex Tape commercial, as well as Flex Seal’s Flex Seal Liquid commercial and their extreme bucket demo video. As of January 2018, JonTron’s video has over 12.8 million views.

Additionally, the quote was used as a reaction image paired with captions wherein one observes “a lot of damage.” For example, Tumblr user erepere uploaded a version about a psychiatrist looking at their trauma, gaining over 700 notes (shown below, left). It also was used in Doki Doki Literature Club memes; a post to /r/DDLC posted January 6th, 2018 gained over 70 points (shown below, right). 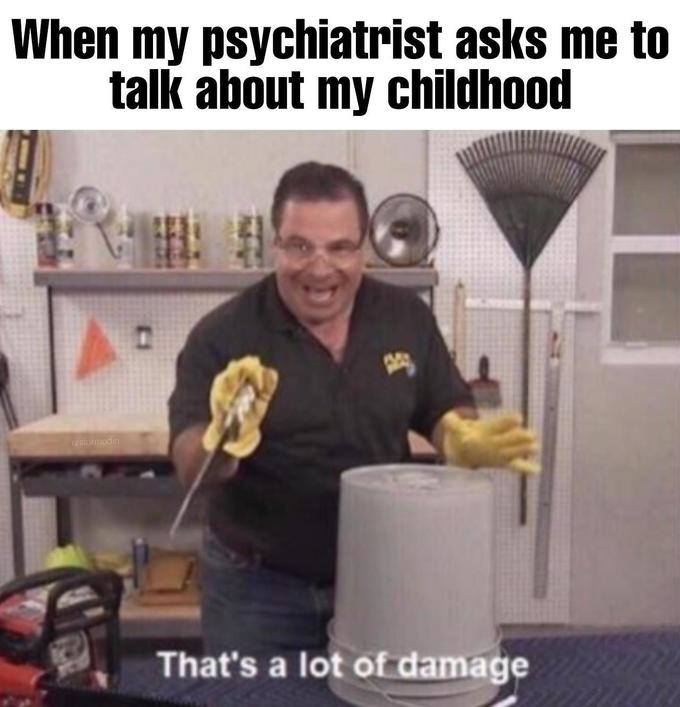 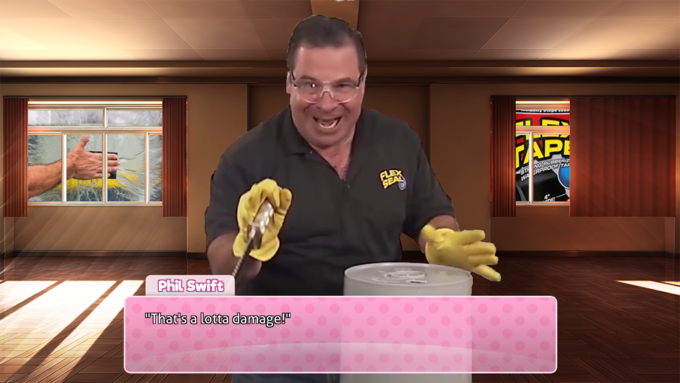