From low carb to DASH diet: these are the 5 most effective methods of losing weight 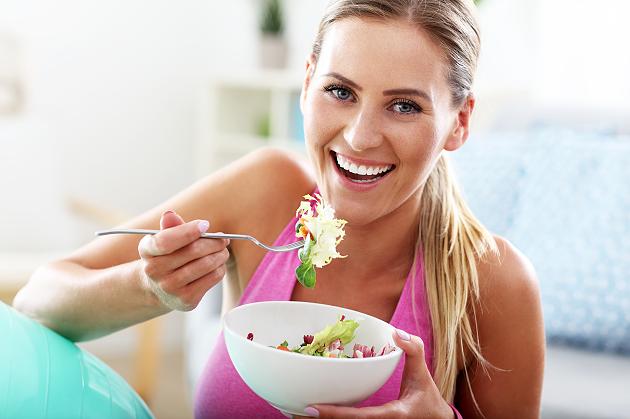 From low carb to DASH diet: these are the 5 most effective methods of losing weight

Bad mood, constant hunger and ultimately surrender to strict rules. Most diets fail and make you fat rather than slim in the long run. But there are some that are actually successful – and even suitable for everyday use.

Slimming diets can be a real mood killer, as a study by the Helmholtz Center in Munich showed. That being said, most diets are far from successful. Many people who had lost a lot of weight at the beginning put back as much weight after a year as they did before the start of the slimming diet, if not more (yo-yo effect). The cause is stress hormones, which the body can produce in excess due to the diet .

However, there are also slimming programs that usually do not have any of these side effects, are practicable and enable a long-term normal weight, as an analysis of several studies at Harvard University showed.

The following five slimming programs are particularly recommended, all of which get by without the greatest stress factors – namely calorie counting and food cravings.

This is a change in diet that is best made for life. The simple rules: Lots of fresh fruit, salads and vegetables, fish, olive oil and nuts. A glass of red wine is also allowed. Sausage, red meat and high-fat dairy products, on the other hand, should rarely be on the menu.

Sweets also play a subordinate role in Mediterranean cuisine. Tiramisu, the most typical Italian dessert for many Germans , is only served on holidays in their home country – so it is rather the exception. In everyday life, an apple or pear with a few nuts rounds off the meal and also satisfies the hunger for sweets.

With the Mediterranean diet , you won’t lose two kilograms in the first week. However, four to eleven kilograms within the first year are quite possible, as the meta-analysis shows. This weight loss is permanent if this diet is followed.

2. Low carb has been shown to make you slim

No bread, no pasta, but more meat, vegetables, cheese, eggs. Low-carb is quite simple and successful, as the Harvard study also underscores. Four to ten kilograms can be lost in a few weeks. And if you then make sure to save carbohydrates in the future, you can keep your new dream weight.

The explanation: digestive enzymes break down carbohydrates into simple sugars (such as glucose, fructose and galactose). The blood sugar level rises and the body produces insulin in order to lower it again. However, this slows down fat burning. In addition, insulin triggers the “hunger” signal in the brain. Those who eat a diet rich in carbohydrates often eat more than they actually need. This is one of the reasons why carbohydrates promote obesity.

However, if carbohydrates are largely avoided, the body automatically burns more fat and thus also attacks fat deposits. With low-carb the body converts its metabolism to fat loss .

However, this only works if carbohydrates are actually largely cut. However, this is not that easy in everyday life. Because our typical side dishes are bread, rice and pasta. They provide large amounts of carbohydrates, as do alcohol and some fruits, such as bananas.

However, the metabolism of carbohydrates can be prevented with natural active ingredients such as beans or grape marc. So-called carbohydrate blockers, calorie blockers or carb blockers contain these active ingredients. They reduce or inhibit the activity of the enzymes that break down carbohydrates in the body. In this way, these nutrients leave the body unused, so they do not provide any energy, cannot be stored as fat pads and the body has to attack fat reserves.

3. Intermittent fasting – hardly eat anything for a day

The principle of intermittent fasting is regular, short-term avoidance of food, then feasting again as you please . Depending on whether the version 5: 2 or 8:16 is selected, you can eat normally on five days, fast on two days with only 500 (women) to 600 calories (men) – or eat normally for eight hours and then for 16 hours without solid food.

8:16 in particular now has many fans, because this variant allows an almost normal eating rhythm: early risers can have a hearty breakfast at eight o’clock and have their last meal of the day in the late afternoon. And if you can’t get out of bed in the morning anyway, you can start the day at eleven with an opulent breakfast and then have dinner at 7 p.m.

With this method too, excess weight can be quickly lost and the body quickly gets used to the fasting breaks in between. An additional advantage of this simple diet: the blood pressure has been shown to decrease and with it the risks for secondary diseases such as arteriosclerosis, heart attack and stroke.

4. Low Fat – it depends on the percentage of fat

Not eating fat at all is not advisable. Because the body needs certain amounts for many functions, such as digestion, healthy cells, the formation of hormones, as a carrier of fat-soluble vitamins and much more.

But too much fat makes you fat, that is undisputed. Because fat has the highest energy value of all nutrients: 9 kilocalories per gram, carbohydrates and protein on the other hand only 4 per gram.

The low-fat diet therefore relies on sensible fat reduction in food. The Low Fat 30 method is particularly successful . It means that a maximum of 30 percent of the total calories of the day can come from fat. As a rule, this is around 60 grams of fat with a daily amount of around 2000 kilocalories.

5. DASH – a health program with a positive side effect

This type of diet was actually developed to treat high blood pressure. The acronym DASH stands for Dietary Approaches to Stop Hypertension . The initiators included scientists from Harvard University. In practice it turned out that this diet not only lowered blood pressure , but also reduced excess weight gently and permanently.

At DASH, the composition of the nutrients is as follows: A good 50 percent can be carbohydrates, just under 30 percent fat and 20 percent protein. The carbohydrates should come primarily from foods rich in fiber, i.e. whole grain products, vegetables and fruits. In addition, salt consumption should be reduced.

Diets must have a feel-good factor

So there are good diets after all – and they don’t have to be difficult to carry out. But regardless of whether you decide to reduce fat or go for low carb, supported by carbohydrate blockers: It is important that you feel comfortable and do not put yourself under pressure. So just try out which diet is easiest for you.