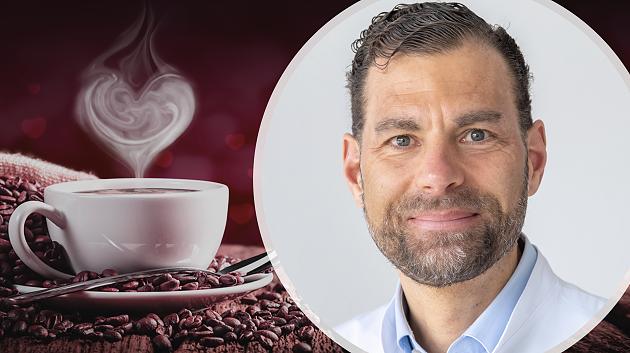 Caffeine is a psychoactive substance. Dependence, withdrawal symptoms or poisoning with caffeine should be possible – but what is fact and what is fake news? FOCUS Online asked a toxicologist whether caffeine actually works like a drug and how risky high consumption is.

No question, its slightly bitter taste is valued and, above all, its effect is desired – caffeine perks you up and stimulates. A morning without caffeine – as coffee, espresso or milk coffee – is unthinkable for most. Coffee is often refueled every hour, especially during work. And if you want to stimulate yourself even more, you can use energy drinks, caffeine chewing gum or corresponding pills.

The question then arises – what is the connection between caffeine and addiction? Florian Eyer, Chief Physician of the Department of Clinical Toxicology and Poison Emergency Call Munich , Medical Clinic and Polyclinic II at the University Clinic on the right of the Isar at the Technical University of Munich, answers the most important questions.

Florian Eyer: The stimulating effect is, so to speak, a side effect that is caused by the stimulation of certain areas in the central nervous system. Caffeine is an antagonist, in other words, an “opponent” of so-called adenosine receptors. This releases stimulating neurotransmitters, i.e. messenger substances. That’s an effect.

In addition, caffeine inhibits enzymes that break down certain molecules, which also causes the brain to be alert. These effects occur with a dose of around 150 milligrams of caffeine, which corresponds to about a large cup of filter coffee, with 150 to 200 milliliters.

So caffeine can cross the blood-brain barrier – like nicotine, alcohol, crystal meth, cocaine?

Florian Eyer: Right, it’s the same as with other drugs, caffeine works in the brain. And the faster a psychoactive substance – which includes caffeine – floods in the brain, the more relevant the “aha effect” after ingestion. This is very similar to caffeine as to nicotine or cocaine. Nicotine and cocaine work particularly quickly, with caffeine a central nervous effect can be expected around 15 to 20 minutes after drinking a cup of coffee.

There is also likely to be an activation of the reward receptors. This is a noticeable, pleasant effect that the body is looking for again, that is, it would like to experience it again. Dopamine receptors probably play a role in this. However, caffeine also has a number of by-products that come from the coffee bean, such as terpenes, phenols and others. It is therefore a complex, not easily manageable interplay of effects that come into play in the brain.

So similar areas of the brain are stimulated as with real drugs?

Florian Eyer: Yes, but caffeine mainly works in the sensory part of the cerebral cortex. This is probably why concentration and memory are increased. Numerous tests show that people who have consumed caffeine do better on cognitive tests. The ability to react is also increased. The effect of cocaine or opiates in the brain is somewhat different, it is more about adrenaline and noradrenaline or stimulation of opioid receptors.

The effect of caffeine is to a certain extent comparable to that of drugs – but it is much less pronounced. It depends on the dose: with the quantities still consumed normally, i.e. up to four cups per day, the effects are moderate. They are a bit more pronounced when more is drunk, i.e. more than this amount, then we speak of the “heavy users” by the way.

Is there any caffeine addiction in this context?

Florian Eyer: There are different opinions in science as to whether one should really count caffeine as an addictive substance. Most coffee drinkers are certainly also looking for this stimulating effect. As is well known, there are two reasons why you drink coffee – first because of the taste and second because caffeine has these stimulating effects. You start up faster in the morning and concentrate better. In other words, a substance is used very specifically to achieve a certain effect. Therefore, I believe, one can speak of a certain dependence. There are also certain habituation effects and the dose is increased. One cup in the morning is no longer enough.

The half-life of caffeine should be up to five hours – that means, if I consume caffeine every hour or simply several times a day, will a considerable blood concentration build up?

Florian Eyer: The half-life is two and a half to five hours, after about five half-lives a pharmacological effect can in principle no longer be demonstrated. But this also means that if you drink several cups in a row, the amount of caffeine will accumulate.

What are the signs of caffeine addiction, how do I know that I am affected?

Florian Eyer: For example, on the increase in dose, but also on criteria that also apply to other drugs – for example the irresistible desire to take the substance – or irritability when caffeine is not available.

Are there any real withdrawal symptoms when the caffeine supply stops?

Florian Eyer: If you drink a lot of coffee and suddenly stop, you feel it physically, so you develop a withdrawal syndrome. If a “heavy user” stops consuming caffeine from one day to the next, the first physical withdrawal symptoms appear after about eight to twelve hours. Withdrawal syndrome can last two to nine days. Restlessness, nervousness, irritability and headaches are typical in this context. Many patients report that they feel slightly numb and do not even wake up properly, others have insomnia.

You talk about patients in the clinic, but they probably don’t include caffeine addicts?

Florian Eyer: No, but codependencies are actually very common. Caffeine is often consumed with nicotine. There are also many among our alcohol-dependent patients who also drink a lot of coffee.

What are the risks of this “addiction”, how dangerous is caffeine?

Florian Eyer: I would rather describe caffeine as a harmless addictive substance, as long as you don’t completely overdo it. Collateral damage, such as job loss or partnership problems, as is often observed with other addictions, does not exist with caffeine addiction.

In addition, caffeine is a tolerable substance that also has positive health effects. Certain types of tumors are less common among coffee drinkers. Our own studies have shown that coffee drinkers are less likely to develop alcohol-related cirrhosis of the liver.

How should those affected deal with it if they suspect they are caffeine-dependent – withdrawal with controlled caffeine consumption such as controlled drinking of alcohol or a total stop for a certain time?

Florian Eyer: If you have the impression that you have a problem with this substance, the most sensible thing would be to refrain from using it for two to four weeks. You have to accept the moderate side effects. After that, nothing speaks against consuming moderate caffeine again, i.e. 300 to 400 milligrams per day.

Does it matter in what form I consume caffeine – as coffee, tea, guarana, cola, energy drink, chewing gum or tablet?

Florian Eyer: Yes, because the rate of absorption is completely different. In addition, the caffeine content often differs considerably – tea has a lot less than coffee. In no case should one overlook the fact that there are preparations that are not entirely harmless, for example in some energy drinks. They can contain up to 500 milligrams of caffeine per can. If you consume two or three doses, you get into an area where caffeine can be toxic.

So can you poison yourself with caffeine?

Florian Eyer: Life -threatening poisoning is definitely possible with very large quantities. For example, we recently had a patient with severe caffeine poisoning. The substance had led to serious cardiac arrhythmias, it even had to be dialyzed to quickly eliminate the caffeine. The same applies to caffeine: the dose makes the poison. Therefore, energy drinks with a high caffeine content should be viewed critically. Teens often combine these drinks with alcohol to counteract the sedative effects of alcohol. But that can have very unpleasant consequences.

What does sensible use of the “drug” look like? The European Food Safety Authority (EFSA) has classified 200 milligrams of caffeine as a single dose and 400 milligrams per day as safe for healthy adults? You also mentioned this number. And what about children and young people?

And on the subject of children: I really think they shouldn’t consume caffeine at all. Experts assume that up to 2.5 milligrams per kilogram of caffeine per day are not yet associated with harmful effects. Young people should be careful with energy drinks, even if they promise good performance.