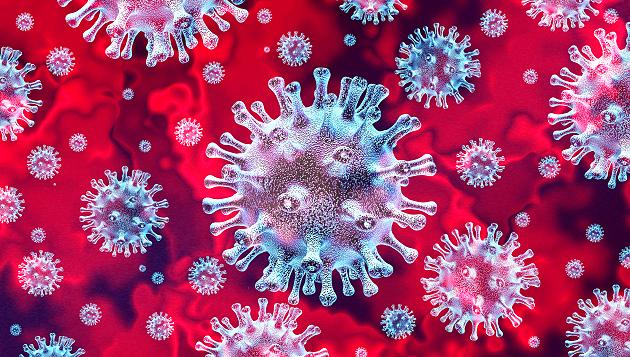 The new coronavirus 2019-nCoV has reached Germany. Four cases have now become known. The virologist Jonas Schmidt-Chanasit from the Bernhard Nocht Institute explains in an interview whether we have to fear a mass outbreak in this country and how dangerous the virus is.

Onmeda: Mr. Schmidt-Chanasit, the new coronavirus has reached Germany now. Do you expect it to spread further from Bavaria?

Jonas Schmidt-Chanasit: According to all the data we have, we do not assume that there will be a mass outbreak. The case was quickly diagnosed and isolated.

Schmidt-Chanasit: Germany is very well prepared, as this case shows. Acted so quickly – nothing more can be done at this point in time.

How dangerous do you think the virus is?

Schmidt-Chanasit: At the moment, everything indicates that we are in a similar area to that of influenza, i.e. the real flu. Of course, you have to watch very carefully how the situation develops. There can always be changes. But right now we don’t have to worry in Germany. All measures that could be taken have been taken.

Then why is there so much excitement about the new virus? After all, entire cities in China have been cordoned off.

Schmidt-Chanasit: The situation in China cannot be compared at all with that in Germany. In China we have thousands of infected people and some deaths. Of course, they are doing everything in their power to contain that. And of course such a seemingly new virus is always a cause for concern for the population. We then try to make comparisons.

What kind of comparisons?

Schmidt-Chanasit: Every year up to 650,000 people worldwide and in Germany up to 20,000 alone die of influenza. Compared to that, what we’re seeing in China right now isn’t particularly dramatic. But of course it is important to remain vigilant.

So what is most worrying right now is the fact that we don’t know much about it yet?

Schmidt-Chanasit: Right. Because that makes an assessment difficult. But from what we know so far, the virus doesn’t give the impression that it is particularly dangerous. We don’t seem to be in the realm of SARS, with 10 percent mortality, or MERS, where nearly 30 percent of all patients die. We are still a long way from that.

You just said “apparently new virus” – isn’t it new at all?

Schmidt-Chanasit: A virus like this doesn’t suddenly arise like a snap of your fingers . This has probably been around for a long time in the animal world. Only now has the virus managed to spread to humans. And then we notice it.

And that happens through mutations?

Schmidt-Chanasit: Yes, that can be explained by the fact that certain mutations have occurred and have the result that the virus can be transmitted to humans and especially from person to person. That makes sense, because viruses always mutate. In particular, RNA viruses such as the coronavirus. This is nothing special and happens regularly. Most mutations, however, do not lead to a change in properties as in this case.

Where do you see the greatest risk now?

Schmidt-Chanasit: The crucial questions that we will hopefully be able to answer soon are first: How is the virus now continuing outside of China in regions that are not so well positioned in terms of infrastructure? And secondly: How contagious are infected people who are in the incubation period and not yet showing any symptoms?

What’s the worst that could happen?

Schmidt-Chanasit: If it turns out that people can transmit the virus without symptoms, it will no longer be possible to contain the outbreak. And if there is an outbreak in a developing country, it will be difficult because they don’t have the resources to fight the infection. It will therefore be decisive what happens in countries like Laos or Cambodia . We can actually be happy that it happened in China, which can take the necessary measures.

Which people are particularly at risk?

How can I protect myself from infection?

Schmidt-Chanasit: With the normal measures that one would take against a cold or influenza : Wash your hands regularly and keep at least 1.5 meters away from sick people. Because we assume that the virus is transmitted through a droplet infection. For example, by sneezing and coughing. A mouthguard can also make sense if it is used correctly, i.e. the nose is properly covered, the right side is used and it fits tightly on the face. But walking around with a face mask just because of the corona virus in Germany is an exaggeration. We have completely different problems: the influenza season has started and is currently causing many more infections.

Assuming someone in Germany tests positive for the virus – how is the process?

Schmidt-Chanasit: The person is isolated and a report is sent to the health department. She will not be placed in a special isolation ward as with Ebola, but simply in a normal hospital room. Then you see: who did they have contact with? Where did he get infected?

Does the search for a drug make sense?

Schmidt-Chanasit: Yes. Especially if you have a drug for another viral disease that is already on the market. Perhaps this has an effect that can be carried over to the coronavirus. That is quite conceivable and would be good because you would then have a drug very quickly. But there is no data on this yet.